How To Prevent Common Bookkeeping Errors

Bookkeeping Errors – For most small business owners, bookkeeping isn’t part of their top priorities. There’s so much more to focus on, in order to turn passion and expenses into profit. That’s why many of them turn to virtual bookkeeping firms such as Your Bookkeeping Department, leaving the paperwork, light accounting and other financial tasks to professionals.

The bookkeeping error of omission

This bookkeeping error happens when a financial transaction is completely omitted from your small business books. It’s not in the documentation or recorded anywhere. For example, you forget to enter an expense; perhaps you lost the vendor’s invoice. An easy fix is to record and document as you go, so no paperwork gets misplaced. You sell a product, you record the sale timely.

The error of commission 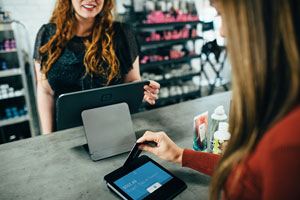 In this case, there is a recording of transaction but it’s for the wrong value in the correct account. For example, you apply a payment but to the wrong invoice. Or you subtract a sum that should be added. Or even posting same financial transaction twice. This virtual bookkeeping firm reminds you that an error of commission, also called a clerical error, can translate to wrong totaling accounts and wrong balances. So how do you fix a commission error? If the wrong account is debited, just debit the right account and credit the one that’s erroneously been debited and vice versa if the wrong account has been credited.

The bookkeeping error of subsidiary entries

This mistake is made when a transaction is recorded incorrectly. For example, you record an invoice in accounts receivable for $5,000 instead of $500. The trial balance won’t detect the error, but once you do your bank reconciliation (check your book numbers against bank statements) you’ll find the mistake. That’s why who you regularly do bank reconciliations, both monthly and at year-end. Fixed assets can be reconciled only once a year.

The bookkeeping error of principle

All journal entries are made following the conventions to meet the requirements generally accepted by accounting principles. So if a figure is recorded in the incorrect account, it’s considered a principle error. For example, a business expense is recorded as a personal expense. Or recognizing unearned revenue as income instead of a liability. Or even expensing an amount during the wrong accounting period. A common way to fix this type of bookkeeping error is to simply subtract the value from the incorrect account and add it to the correct one. 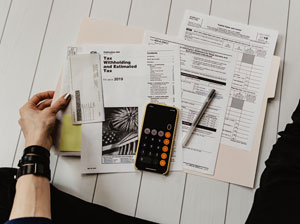 Aside from these common bookkeeping errors, there are more some that are more clerical in nature. Arithmetic mistakes such as simple errors in calculations are also possible, such as performing an addition before a multiplication. Or inputting the wrong figures such as 1234 instead of 4321.